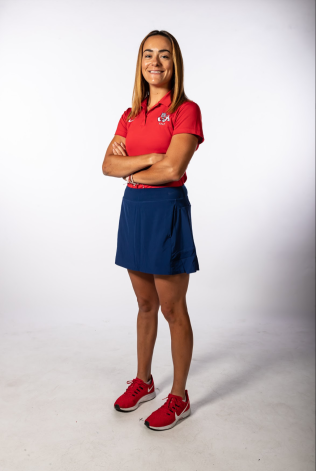 Danielle Richman is pursuing a B.A. in political science and a B.A. in history with a Certificate in Legal Studies as a College of Social Sciences student and Smittcamp Family Honors College Scholar. Richman decided to leave her hometown of Manhattan Beach, California, in pursuit of a new environment in the Central Valley. Complemented by her studies at Fresno State, Richman found a passion for international relations and diplomacy, having experienced two wildly different atmospheres in Southern versus Central California. She has pursued her academic aspirations by interning for the Department of Education in Washington, D.C., and taking classes at George Washington University. In her senior year, Richman became the university’s first ever Rhodes Scholarship finalist, a program that selects a few individuals from around the world to study at the University of Oxford in England. In addition to her academic merits, Richman competes as a full-time student athlete for the Fresno State Women’s Golf Team, an NCAA Division I program. She now serves as the president of Fresno State and Mountain West student-athletes, promoting such initiatives as mental health awareness and increased community service. Upon graduation, Richman will embark on a master’s in philosophy at the University of Oxford or the University of Cambridge before working toward a career in international diplomacy and law.

“The College of Social Sciences is a unique department in that our duty as COSS students is to evaluate current social issues, recollect crucial historical topics, or debate issues that affect everyday people—all through an informed, empathetic, and open-minded lens,” Richman said. “Do not take this responsibility lightly. Learn from your peers and mentors, as they can offer you insight and advice that will prove invaluable to your personal growth and your future at Fresno State, and in particular, in the College of Social Sciences.”

Why did you choose political science and history?

My choice to study political science in college originated with an interest in diplomacy and government during high school, and the political events of 2016 propelled my infatuation. Then, during my second semester as a freshman, I took Dr. Vermote’s History 12 class and, subsequently, fell in love with history! The two majors pair extremely well together, as possessing a historical context to current issues produces better-informed opinions.

How did your academic journey at Fresno State begin?

Being from Los Angeles, Fresno State wasn’t as seemingly available as other schools that my high school and my community were used to attending. When the Fresno State Women’s Golf Coach, Coach Emily Loftin, offered a position on her team to me, I became acquainted with the unique atmosphere in the Central Valley. I have since fallen in love with athletics and academics at Fresno State! 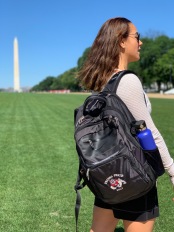 What is your career goal?

My ultimate career goal is to reinforce humanitarian apparatuses around the world by working as a foreign diplomat within the United States government or with an intergovernmental organization. I knew that I wanted to go into foreign affairs and diplomacy; however, my studies at Fresno State has inspired me to pursue a career in sanctioning civil and political rights internationally.

What do you think about the College of Social Sciences (COSS) and our professors?

The College of Social Sciences contains the best, most thoughtful professors and the most interesting student body on campus, not to say that I am biased or anything. I have gotten to know many professors on an intimate basis, and many of them have helped me through professional and personal challenges. The student body is extremely diverse in thought, background, ethnicity, and socio-economic status, producing lively discussion in each and every one of the classes. I am incredibly lucky to be part of such an empathetic, tight-knight academic community. 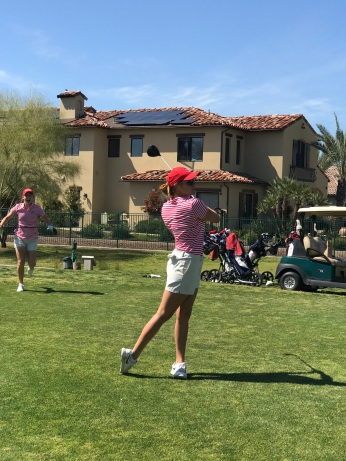 What was the biggest challenge you faced as a student?

One of the most challenging obstacles I had to overcome as a student was time management. A full-time student athlete double-majoring in two intensive reading and writing majors does not particularly lend itself to much procrastination. I learned early on that organization and prioritization are the roads to success!

What is your most memorable experience at Fresno State?

This is a tough question as I have had many memorable experiences at State. However, I would have to say that the one experience that sticks out in my mind is a Smittcamp retreat to Camp Wawona my freshman year. I didn’t know anybody before I arrived at Fresno State so I was a bit nervous. Smittcamp hosted a weekend trip to the mountains, and almost my entire freshman class attended. We all became pretty close. The second night we even hiked to the upper campground and slept in a circle in our sleeping bags, talking, playing games, and laughing into the morning. After that weekend, I knew that I had chosen the right university.

How do you feel about being recognized as the Dean’s Medalist?

I am incredibly honored to be recognized as an outstanding student. I have so much respect and pride in COSS and am just overwhelmingly humbled to represent the best college on campus!

How do you think COSS prepared you for the future?

COSS most definitely prepared me for a future in civil service and academia. Not only do most professors challenge their students intellectually, but I have had the opportunity to take a wide range of interesting classes that have exposed me to some of the more hidden gems within the social sciences. I am confident that my experience as a Fresno State COSS student has provided the perfect launching pad as I prepare for my graduate career.

What do you see yourself doing in 10 years?

I see myself working for the United States State Department as an advisor or foreign diplomat in ten years. I want to build a career in diplomacy and represent the United States abroad in combating humanitarian crises, international conflicts, and foreign affairs. 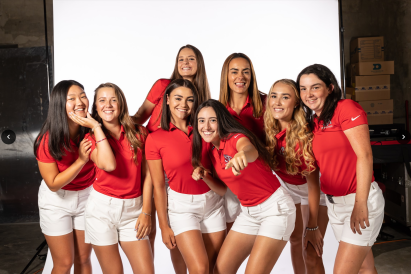 What is your advice to other students?

The one piece of advice I would give to other students is to embrace your time at Fresno State and take advantage of every opportunity that the university offers. While I may have answered “yes” to too many things in the last four years, I would not have given up a single life- changing moment or experience. You will do yourself a disservice by not engaging in all the social, academic, and athletic opportunities that are in abundance at State!

Richman is grateful for everyone who supported her and contributed to her success thus far.

I would especially like to thank the professors within the College of Social Sciences. Professors like Dr. Skuban, Dr. Clune, or Dr. Roberts have chosen to contribute their finite time to my success, and for that I will be forever grateful. These types of individuals are rare, and I am beyond lucky to find an abundance of them at Fresno State.