The College of Social Sciences speaker series presents “Harvey Milk: Gay Martyr and American Icon” with Dr. Lillian Faderman. The Fresno State emerita will be speaking on Tuesday, October 2 at 6 p.m. in the University Dining Hall – East Wing at Fresno State. Her new book, Harvey Milk: His Lives and Death was published in May of this year and discusses his life, accomplishments and assassination. This is the first piece to be written about Harvey Milk in the last three decades and Dr. Faderman digs into how he handled the feelings of being an outsider that came with being a Jew and a homosexual. 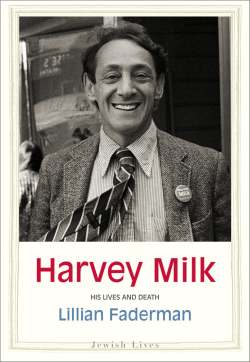 Dr. Lillian Faderman shows throughout her book that Milk was an advocate for not just the gay community but also for racial minorities, workers, women, the disabled and senior citizens. Her new book has received high praise across the nation and many are pleased with how Dr. Faderman portrayed the lives and death of Harvey Milk.

Dr. Faderman has received numerous awards for her previous books and three of them were named New York Times Notable Books of the Year. Her work has received national and international praise and has been translated into numerous languages, including German, Spanish, Italian, Japanese, Turkish, Czech and Slovenian.

Dr. Faderman received more than four teaching offers across the midwest and east after earning her Ph.D. from the University of California, Los Angeles in 1967 but decided to stay in California and accepted a position within the English department at Fresno State.

This decision ultimately led Dr. Faderman to work for the university  for four-decades and retire from the English Department as an emerita. During  her forty years at Fresno State she served as one of the founders of the Women’s Studies Program, and wrote pieces about the LGBTQ community.

“Faderman does a fantastic job at reanimating a story that reminds us that people can be truly tolerant…and that, with will (not money), anyone can effect change. Harvey Milk as seen through fresh, highly knowledgeable eyes.”—Kirkus Reviews, Starred Review